History of cable car in jerusalem

It is also busy creating parks and tourism projects to expand the Jewish presence in and around the Old City basin.

Ozeri told the attendees at the meeting — initiated by the Society for the Protection of Nature and held at the Jerusalem Institute for Israel Studies — that the cable car would provide a comfortable, quiet and environmentally friendly solution that requires little land and will meet the challenges of the hilly terrain. No homes or roofs would have to be demolished along the route chosen, he pledged. Passengers would get to the First Station via a light rail route currently being planned that will form part of a much bigger, citywide mass transit system of trams, buses and even a train.

The fast Jerusalem-Tel Aviv line , due to open partially this month, will eventually be extended into the city. The so-called Rav-Kav pass multi-route, in Hebrew used for light trains and buses would be used for the cable car as well, with the government subsidizing the cost. Parking solutions will still need to be found near the First Station.

Buses would drop tourists off there and then drive to specially built parking lots at Har Homa and Givat Hamatos in the far south of the Jerusalem. It would contribute little to solving the problems of access to the Old City, would merely shift traffic and parking problems from the Old City to the First Station, and should be replaced by a parking complex within the Jewish Quarter served by shuttles, he said. Omri Salmon, director of the Council for the Preservation of Israel Heritage Sites, said, also in a letter, that the project had to be stopped. David Cassuto, a former Jerusalem deputy mayor, pointed out that historic cities such as Rome, with 15 million tourists a year, and Athens, with seven million, had seen no need for a cable car.

Yoni Shapira, chairman of Heritage Trail, the association of tour guides for incoming tourists, said that the cable car would not change the way tour guides with large groups functioned, although the service could attract individual families. Lawyer Sami Arsheid, who represents residents of Silwan, said Palestinians had not been consulted and noted that the invitation to the meeting was written in Hebrew only. Some speakers doubted whether ultra-Orthodox Jews who mainly live in the north of Jerusalem would drag themselves to the south of the city to get onto the cable car to the Western Wall.

Others thought it unlikely that Palestinians would use the system because of its association with the City of David Foundation. The JDA unveiled very general plans at the end of last year and set up an information stall, since closed, at the First Station with leaflets claiming that the project would cut private vehicle traffic near the Old City by 30 percent and buses by half. They invited members of various neighborhoods to a few poorly attended presentations and produced a video clip featuring the cable cars floating along wires without any pylons in sight. In April, the planners presented the project to the National Parks Council — the policy making body of the National Parks Authority, which is responsible for the greenbelt around the Old City Walls.

After just one presentation before the Jerusalem planning committee, the project was whisked away to the National Planning Council — a fast track body within the Finance Ministry set up to handle major infrastructure projects such as gas and railway lines that cross local authority boundaries. Many of the speakers on Wednesday criticized the decision to take the project away from the city council, which represents the concerns of local residents except Palestinian ones, who tend not to vote in municipal elections for political reasons.

Getting to Masada from Jerusalem

Architect Gavriel Kertesz said that shepherding the project through the NPC would enable planners to avoid having to consult with a preservation committee, as they are usually obliged to do, and would minimize opportunities for public objections. He was also part of the team behind the most recent cable car at the Masada archaeological site in southern Israel, which sails along a meter 3, foot route without a single pylon. In this case, the Jerusalem District Master Plan clearly showed that 90 percent of the area earmarked for the cable car had been zoned as a national park around the Old City walls.

Something went wrong. Please try again on the sign up page. Accept and Continue. This site uses cookies to improve your experience, to enhance site security and to show you personalized advertising.


Click here to learn more or control your settings. By clicking on or navigating the site, you agree to our use of cookies. The email or password you entered isn't correct. If you've forgotten your password, please reset it. Click here. There was an error logging in, please try again. 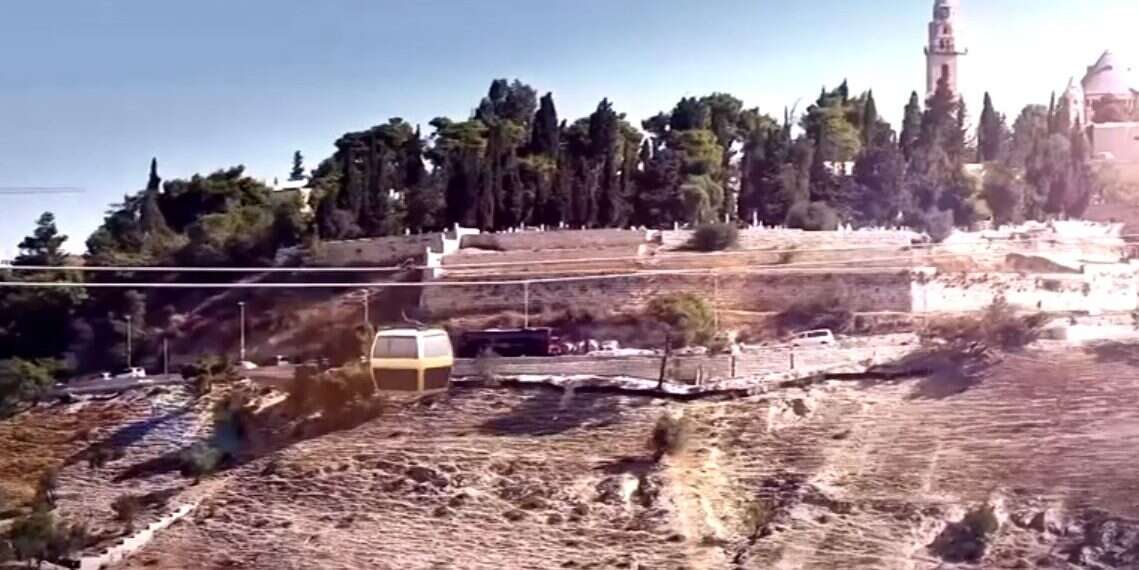